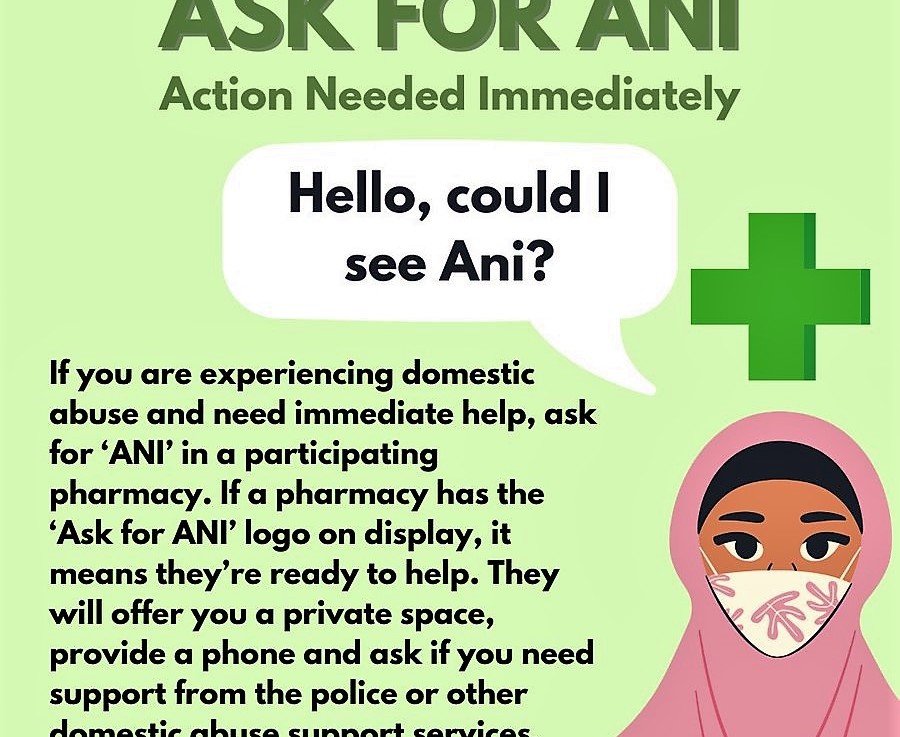 I watch ‘Doctors’, a day-time series on BBC1, which like so many soaps, deals with everyday scenarios affecting people. But in a way, which doesn’t provide answers or solutions but discusses issues, leaving the viewer to come to their own conclusions.

A women (Ani) lived with her dominating and threatening partner (B), a strong male who controlled her. Ani ran out of the house in her dressing gown because one of her neighbours was trustworthy and supportive, she knocked on his door, but he was out at work. Ani then went back to her own house because she did not know anybody else in the neighbourhood and when she went inside, she forgot to close the door behind her, which left it open for B to follow her inside, upstairs and eventually beat her to death.

TV programs of that sort then usually tell viewers to contact them if they feel affected by the issues without actually saying what kind of support they provide.

I once wrote into a similar program but never gotten any useful support.

The thing is, that if there would have been a Neighbourhood Watch in that area, Ani could have gone to other neighbours to ask for help instead of giving up and going back home. Ani obviously wasn’t the type of person, that could generate all sorts of defence mechanisms effectively to escape that threat to her life, she wasn’t quick-thinking and using life-saving resources, she was just a frightened individual needing help.

There was no local Chemist shop in the immediate are providing the ‘Ask for Ani’ service. Ani wasn’t prepared at all times and had her phone on her to call 999.

What could have helped our victim would have been a network of neighbours who would have opened the door to let her in, in her moment of need. Neighbourhood Watch is a valuable and friendly tool, helping those in need and assisting each other.

We all live somewhere and we choose who to be friendly with in the Neighbourhood. The more people get on, the less friction and the better the quality of life. The Ourwatch Neighbourhood Watch system, enables a secure, reliable community messaging and membership system, which gives you, the owner, self-governance and control. All Neighbourhood Watch […]

Seeing how the crime stats have risen again, which is partly due to seasonal increases, and knowing that we have the highest ever number of police officers in the MET area, I wonder whether community voluntary engagement is key to complete the safer communities agenda. We can’t have a police officer stationed permanently on every […]