According to multiple news reports, an Insulate Britain protester predicts violence if peaceful protests are stopped. We do not and cannot support such a stance, despite us strongly supporting climate conscience, net zero strategies and imminent changes to support lowering carbon footprints everywhere. A few of them have now been jailed.

The media is full of ideas, progression of new technology, strategies for lowering carbon footprints to zero.

More violence, more disruption will make things worst rather than better. Whilst we strongly support climate positive action through invention of new technology, phasing out of old technology, improving air quality through various measure, we also mut understand that people must be able to get food, clothing, medicines, housing and it must be produced, transported. Waste must be collected.

We do not support a complete breakdown of our civilisation to further climate action.

Climate action started well but key public figures who became ‘protestors’ as their main ‘occupation’ do not set good example to children. Our children will serve society the most by gaining excellent qualifications and helping to develop those needed new lifestyles, technologies and life-style methods.

Parents are better off, learning better lifestyles with their children in their every-day activities like changing from driving to school by car into walking, cycling or public transport rather than keep on using the car but going to a protest on the weekend instead. Another great idea is to purchase less throwaway items and recycle and re-use instead.

One recent Neighbourhood Watch competition invited children to design a tree house, which was then built.

We also aim to reduce the production of leaflets in favour of paper-less communication, but this must go hand-in-hand with a general up-take of paperless technology. We must reach all with whatever we do.

Driving protests into more violence over any issue simply increases the burden on society to stop those violent actions, increase law enforcement, produce more containment strategies to keep such protests under control. This alone with reduce the capacity of any society to develop better methods of lifestyle because every person that needs to be used to enforce the law will not be available to develop new technologies.

We stand shoulder to shoulder with our law makers, enforces, who want to give our children a chance to develop and make this earth a place to live for future generations.

Nobody should shy away from reporting unlawful behaviour because it happens within a protest movement.

There are many mainstream positives about climate action and those outweigh the negatives.

When I then read articles that Bob Geldoff advises people not to pay their water bills over raw sewage dumping, that brings some sort of legitimacy to a protest. Negligence, which actually and immediately destroys vital natural resources, are precious to people and not paying bills, does mean protesting, but it does not mean being violent and causing a larger existential threat than the damage. With an indirect protest, which doesn’t involve disrupting users of traffic system indiscriminately but is targeted against a service provider by withdrawing payments, which in turn can be dealt with on a legal basis, points can be made, often as a last resort to address shortcomings of service provision.

There is always an often very fine balance on what is and what is not legitimate. Our coordinators and members live in communities and are part of the general population, therefore have interests and livelihoods to protect.

“Mr Hitchcott said Al Swealmeen formally converted from Islam at a ceremony in Liverpool’s Anglican Cathedral. The cathedral, which was the scene of the city’s main Remembrance Day service on Sunday, is a short distance from Liverpool Women’s Hospital.

He said in the years before the attack Al Swealmeen had been sectioned under the Mental Health Act for about six months because of his behaviour with a knife.

Speaking to the BBC, Mrs Hitchcott said she was “just so sad” and “very shocked” by Sunday’s incident, adding: “We just loved him, he was a lovely guy.”

There are no more patterns you can use as guideline as to who is dangerous, likely to become dangerous or dangerous already.

Sitting in a bed of flowers, this man made a bomb and blew himself up. He took a taxi, at the time of the Remembrance celebrations near the Liverpool Women’s Hospital and his home-made bomb blew up, when a hero taxi driver, who realised the threat didn’t allow him to leave the cab, so that the bomb exploded within.

This saved countless lives and the taxi driver David Perry, managed to realise the threat and to escape before the taxi caught fire.

This kind of quick-thinking is essential for all of use.

We really can’t generalise who is or is not dangerous. We need to go by what is actually happening.

As member you get access to many teaching materials, anti-terrorism instructions, life-saving tips. See our other site for more details.

Call 999 in case of immediate danger, report Terror suspicions to ACT, report non urgent problems to police on their website or Twitter.

I watch ‘Doctors’, a day-time series on BBC1, which like so many soaps, deals with everyday scenarios affecting people. But in a way, which doesn’t provide answers or solutions but discusses issues, leaving the viewer to come to their own conclusions.

A women (Ani) lived with her dominating and threatening partner (B), a strong male who controlled her. Ani ran out of the house in her dressing gown because one of her neighbours was trustworthy and supportive, she knocked on his door, but he was out at work. Ani then went back to her own house because she did not know anybody else in the neighbourhood and when she went inside, she forgot to close the door behind her, which left it open for B to follow her inside, upstairs and eventually beat her to death.

TV programs of that sort then usually tell viewers to contact them if they feel affected by the issues without actually saying what kind of support they provide.

I once wrote into a similar program but never gotten any useful support.

The thing is, that if there would have been a Neighbourhood Watch in that area, Ani could have gone to other neighbours to ask for help instead of giving up and going back home. Ani obviously wasn’t the type of person, that could generate all sorts of defence mechanisms effectively to escape that threat to her life, she wasn’t quick-thinking and using life-saving resources, she was just a frightened individual needing help.

There was no local Chemist shop in the immediate are providing the ‘Ask for Ani’ service. Ani wasn’t prepared at all times and had her phone on her to call 999.

What could have helped our victim would have been a network of neighbours who would have opened the door to let her in, in her moment of need. Neighbourhood Watch is a valuable and friendly tool, helping those in need and assisting each other.

Following the Angela Black story on ITV, it throws up a number of safe-guarding issues, which need to be raised.

Angela is a victim of domestic violence and controlling behaviour.

She got approached by someone who embedded paranoid thinking about her husband, who then gave Angela a rifle. Angela then gotten embroiled in a conspiracy to murder her husband.

These issues alone should be red flags for all of us.

Joining a Neighbourhood Watch group enables you to ensure that you are communicating within a safe network, which is run by responsible people.

When you are already in a vulnerable position, it is easy to get involved with someone who offers solutions, which in fact raise the level of paranoia and danger rather than lower it.

Anybody who pretends to know someone else who wants to kill you or offer you a way out of being killed, even in a domestic setting is a fraudster and dangerous. Such communications must always be reported to the police straightaway.

Always report all threads to life using 999 and general issues of safety can now be reported using this online website Streetsafe, where you can report general issues with safety in any area.

A community meeting is held with the borough commander Marcus Barnett.

You can either join at the meeting venue

or join via Microsoft Teams by clicking the picture

Neighbourhood Watch is a huge national system, with over 1.000.000 signed up members and messages reaching 2/3 of the British population.

Whilst the system is being up-graded from V3 – V4, and there are various sign-up options, it depends what page you land up to sign up.

The simplest way to sign up is using this

Our post explained that at least 13% of criminals are deterred when seeing Neighbourhood Watch stickers on a property.

We have taken delivery of new Neighbourhood Watch window stickers, which also double up as reminders for Cyberhood Watch.

If used on hard surfaces in-doors, you’ll only see the Cyberhood Watch stickers. They also peel off. Not to be used outside as they are not water proof.

We distribute the stickers at our drop in sessions or meetings. We note who takes the stickers and how many for our own records, so t hat we can measure how useful they are.

Community anonymity can help produce paranoia in people, so that school children for example may believe those who tell them they need knives to protect themselves because there is danger around. That myth can be broken down by simply talking to neighbours and this connection produces a greater feeling of security in people and also children.

Isolated people are more likely to fall victim to scammers of all kind. Scammers collect money from people, which avoids taxation. Every penny spent on a scammer is a penny less for our NHS, our schools and our police services.

Criminals target lonely, vulnerable people to use their homes to store drugs, weapons, as base for heists, storing explosives.
If they see that neighbours talk to each other, they would not bother invading your community. Every property used by criminals makes our communities weaker.

Apply for membership in the Tower Hamlets Neighbourhood Watch Association

To help people cope with many questions about how to keep their home and their possessions safe, we’ll run a Zoom seminar on Saturday, 19. February 2022. Starting time 5pm. Please We have contacted councillors to ask constituents to sign up via Eventbrite. It is free of charge. See all upcoming courses. We can also […]

We are delighted to have Rabbi Gluck, OBE, President of Stamford Hill Shomrim and chair of the Arab/Jewish and Muslim/Jewish forums. What an excellent opportunity to network with Hackney and Tower Hamlets Neighbourhood Watch groups. This is a meeting to improve Neighbourhood Watch in both areas, which falls on our usual third Saturday each month. […]

The murder of Arthur Labinjo-Hughes 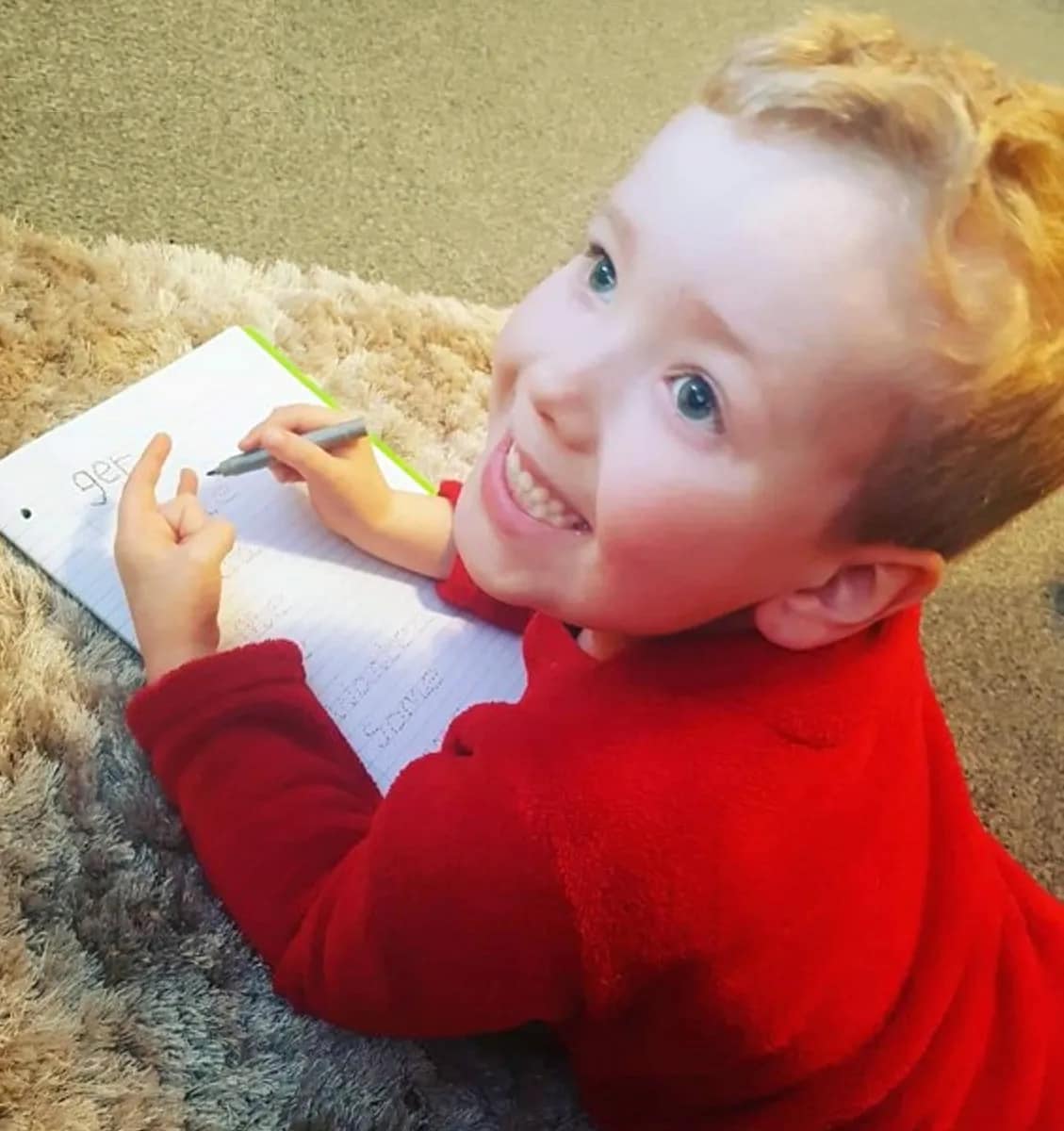 Just wanted to tell people how sorry I am for the little boy, the suffering he had to endure and how bad I feel that nobody helped him. There is a petition, which has at the time of writing this in excess of 49.000 signature. Sign here to ask for the killers of Arthur to […]